The Promise and Repercussions of the Olmstead Decision 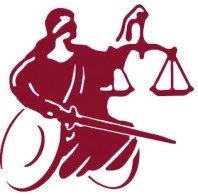 In 1999, the Supreme Court ruled that Georgia’s department of human resources could not segregate two women with mental disabilities in a state psychiatric hospital long after the agency’s own treatment professionals had recommended their transfer to community care.  Since then, disabled people segregated in institutions have gone to court on the basis of Olmstead to require states to provide services in the community.

But, progress has been slow and spotty.  And, budget cuts have taken us further than ever from the promise of Olmstead. 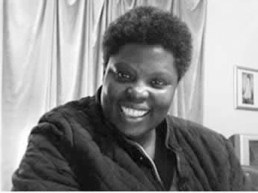 California’s trigger cuts to IHSS and Medi-Cal are poised to begin Jan 1. While the federal Super Committee is threatening Social Security, Medi-Care and Medicaid. (in California that’s MediCal).

We’ll talk about these threats and review how the Supreme Court’s Olmstead Decision is being implemented at the state level.

As the financial crisis continues, some states are looking at cutting large institutions in favor of more community care as a cost saving measure.  Others, like California, are simply cutting safety net programs that help people live in their homes.

In the meantime across the rural U.S., independent hospitals are also waiting the outcome of the federal Super Committee or January budget triggers that could force them to close their doors.

What is going on here?   We ask this question of a couple of people who know the answers. 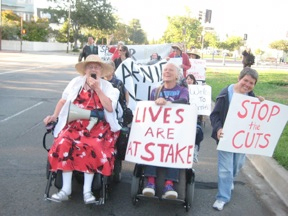 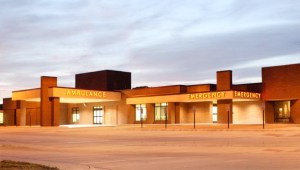 Jean Stewart of CUIDO, Communities United in Defense of Olmstead