Pushing Limits takes you to two harsh environments, where people with disabilities only exist through the joys of peer support and imaginative thought. 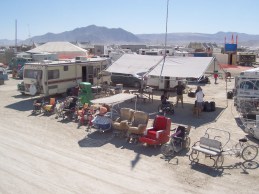 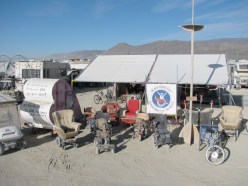 What’s it like to push a wheelchair around the Playa?  How can you refrigerate your insulin?  Dani Moore, Wayne Merchant and Kevin Lee provide some answers as they share their Burning Man excitement.

Then… a discussion of revolution, community, limitation and success with local writer Mariana Ruybalid, the author of Coyote Healer, Coyote Curandero. 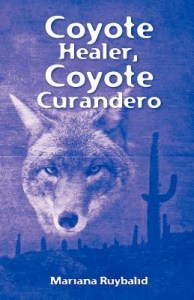 The book narrates the adventures of Martin, a young boy of mixed heritage living with cerebral palsy.   Placed in the near future, Ruybalid’s novel describes a time when white evangelicals rule the U.S. and her protagonist, Martin, faces death as a minority and a person with a disability. 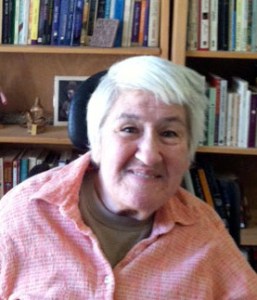 Part coming-of-age story, part revolutionary vision, Martin’s adventures bring him to a clearer sense of his flaws as well as his abilities.  It’s a book grounded in Ruybalid’s  long life as a woman with both a disability and a minority identity.