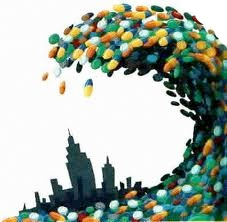 Illustration for the article, “Psychiatric Drugs are the Agents of Trauma” by by Charles L. Whitfield, MD. http://bit.ly/1fDXDvw

Two days before this program, Ivan Lopez killed four people and then himself at the Fort Hood army base in Texas.  The very next day, Pennsylvania Republican Representative Tim Murphy held a hearing on a bill which would take $60 million from community mental health treatment to pay for forced drugging programs.  H.R. 3717 would strip our rights and protections against abuse.  It would increase treatment that is traumatizing, criminalizing and scares people from seeking help.

What is going on here? 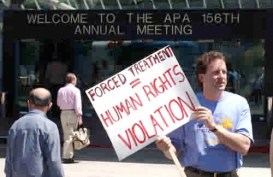 We talk to Michael Gause, Deputy Director of the Mental Health Association of San Francisco, and a man who has taken over forty pysch drugs in his forty plus years.